"We treat our clients like we would want our own family to be treated." 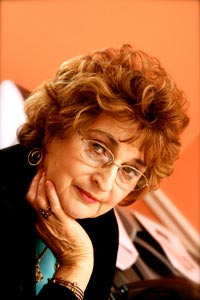 Barbara Ann Smith graduated from University of Maryland School of Nursing with a Bachelor of Science degree in 1960 and a Master of Science degree in August of 1961. Mrs. Smith worked in nursing for a number of years serving as a Supervisor of Neurosurgery at University Hospital in Maryland and later as a Supervisor in Neurology at The New York Hospital. Mrs. Smith attended the University of Georgia Law School graduating in December of 1987 and received bar certification in Georgia, South Carolina and Washington, D.C. in June of 1988. Mrs. Smith currently maintains bar certification only in Georgia and is an attorney in good standing with the Georgia State Bar and has been admitted to practice in the State Courts in Georgia.

WHAT OUR CLIENTS ARE SAYING

"Beth Ann is a bulldog who takes no gruff in court. She did not represent me in my original divorce, but for custody revisions. I wish she had. Thankful to have her represent me and would recommend her to anyone looking for one of the best."

"Mrs. Beth Ann Smith is a lovely lady. She worked hard on my case day and night and she won me my 5 year old daughter. She will do everything in her power to get you what you deserve...She's there to help you with any questions you have and she understood what pain and stress I was going through and she was just the best. I would go back to her if I ever need legal help again because I know she will get the job done."